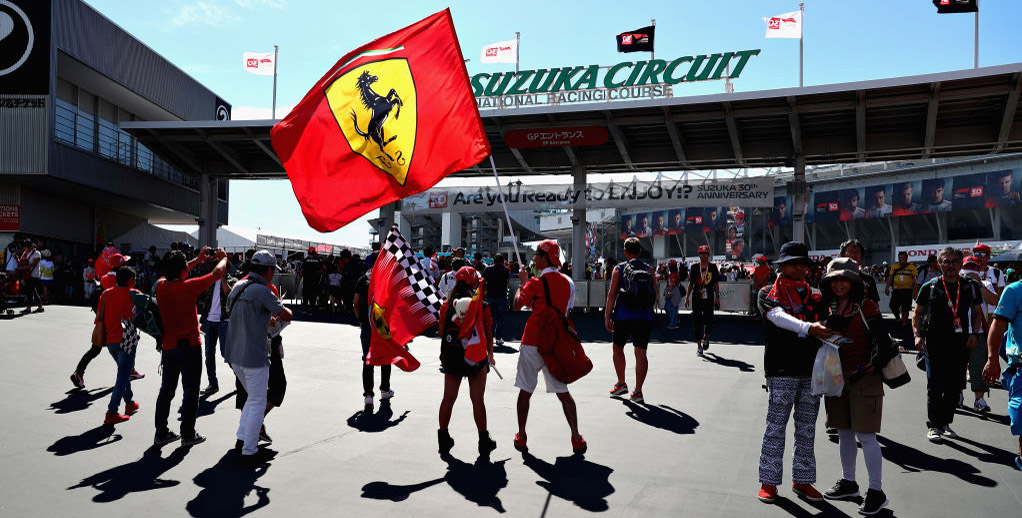 Ferrari left Sochi full of frustration but are fancied to bounce back to top form in Suzuka in our Japanese Grand Prix predictions.

Sebastian Vettel and Charles Leclerc looked all set to dominate in Russia until the German’s retirement on lap 26 handed the initiative to Mercedes.

Lewis Hamilton and Valtteri Bottas took full advantage of being able to pit during a safety car period and went on to claim a one-two.

Leclerc had to settle for an unlucky third but appeals at 33/20 to gain quick compensation in the Japanese Grand Prix odds.

Looking back on the Sochi setback, Vettel declared on the official F1 website: “The positive thing overall is that the car is good.

“This was the first race with more pace than Mercedes. That is valid in the first stint and probably throughout the race.

“It wasn’t really the case in Singapore. Yes, we won, but also the races before, I think, on raw race pace Mercedes still had an edge.

“So that should give them a bit of a headache and it is good for us.”

Ferrari had come out on top in the previous three races, with Vettel claiming victory in Singapore following Leclerc’s double in Belgium and Italy.

Everything suggests they are currently in the ascendancy and we favour Leclerc to pass the chequered flag first in our Japanese Grand Prix betting tips.

How the Russian Grand Prix finished

Leclerc has been faster than Vettel in qualifying 10 times in succession and is owed a favour by his teammate.

In Russia, Ferrari had decided that pole-sitter Leclerc would provide Vettel with a slipstream on the 900-metre charge to the opening bend.

The arrangement determined that if Vettel, who started third, got ahead of both Hamilton and Leclerc, he would allow his team-mate back into the lead.

Ferrari three times ordered Vettel to let Leclerc by, but the German rebuffed their orders, claiming he would be in danger of also falling behind Hamilton if he slowed down.

That scenario ultimately led to an afternoon to forget for the men dressed in red, as an 82nd career win followed for Hamilton.

However, Leclerc is still the sport’s man of the moment, having secured four poles in as many races, and he will surely be allowed to focus on his own gameplan at Suzuka.

The 21-year-old Monogasque insisted he still trusts Vettel to do what is right for the team and felt the fates just conspired against him in Russia.

He commented: “There is nothing we could have done, it’s a shame for the team because I believe we had the potential to do very good.

“The safety car at that time was not good for us and that’s it.

“From that point on, it just didn’t go our way anymore and it was not possible for me to overtake the two cars in front.

“After we had such a strong weekend, ending the race with one car in P3 and the other retired is not the best feeling.

“But we are confident of our potential and will head into the next races with determination.”

Japan vs Scotland: History is all against Brave Blossoms
Belarus vs Netherlands: Dutch to be more focused in Minsk
Author