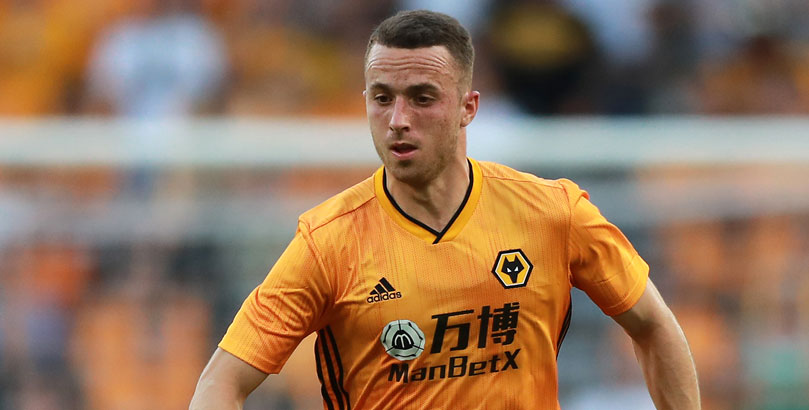 Wolves and Aston Villa met recently in the EFL Cup but clash in the Premier League for the first time in nearly eight years.

Wanderers have been the draw specialists this season while Villa have registered a point a game since promotion back to the top flight.

We like 27/10 for a home win and both teams to score as our opening Wolves vs Aston Villa prediction.

After Pierre-Emerick Aubameyang had given the Gunners a first-half lead, Raul Jimenez levelled with his 11th goal in all competitions this season.

It is now seven draws and two wins from 11 matches in the league this season while the cup loss at Villa is their only reverse in 10 games across all competitions.

Forward Diogo Jota is determined for the team start turning one point into three.

He told the club website: “I’m glad we are scoring and we are drawing tough matches, but of course we want to win.

“We are always thinking about the things we could do better and we need to start winning more games to give us more points.”

Wolves are coping well with the demands of Europa League football and they are on course to qualify for the knockout stages.

They have drawn their last three league fixtures 1-1 since that stunning 2-0 win at champions Manchester City.

But with games against Bournemouth, Sheff Utd, West Ham, Brighton, Tottenham and Norwich to come before Christmas, victory over Villa could kick-start a surge up the table.

Looking at the Wolves vs Aston Villa odds, we think 31/4 for a 2-1 home win is good value.

Jota will return to the Wolves squad after serving a European suspension for Thursday’s 1-0 win over Slovan Bratislava.

Ryan Bennett (groin) is fit again but Morgan Gibbs-White remains a doubt with a back injury, while Willy Boly will not play again until next year after suffering a fractured leg.

Aston Villa were three minutes away from becoming the first team to beat Liverpool in the Premier League since January.

Nevertheless, boss Dean Smith said: “I’m proud of the performance and I said to the lads I want them to feel the hurt and take it in to the next game.

“That’s the way you improve and have that desire to get better. I’m very pleased with the performance, you can’t question the lads’ work ethic and quality.

“We’ve played the best team domestically, at the moment, and one of the best in the world and gone toe-to-toe with them.

“Defensively it was a really good display but unfortunately you’ve got to go 96, 97 minutes against the top teams.”

Villa have picked up just one win on their travels – a 5-1 thumping off Norwich – but have tasted defeat at Tottenham, Crystal Palace, Arsenal and Manchester City.

They netted at Tottenham Hotspur Stadium and the Emirates Stadium during that run, although they have trips to Old Trafford, Stamford Bridge and Bramall Lane to come before Christmas.

The home side may take some time to get into their stride following their Europa League exertions so we round off our Wolves vs Aston Villa betting tips by going for Draw HT/Wolves FT at 15/4.

Man City vs Leicester: Hosts to oblige in open contest

Bayern Munich vs Sevilla: Go with another Super Cup stalemate