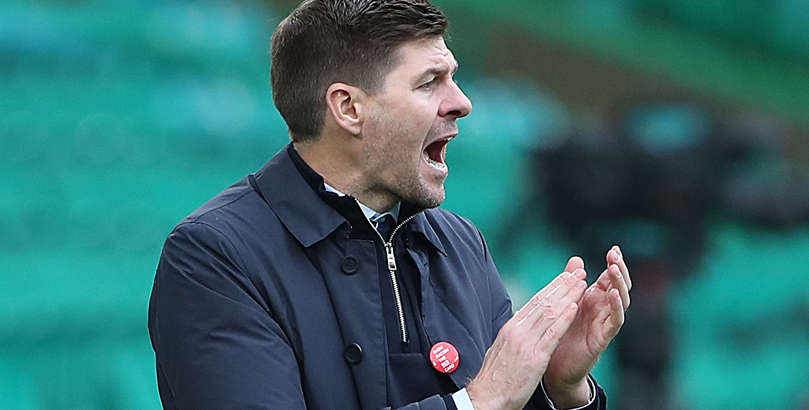 Rangers have built up a ton of momentum this season and can book a place in the Europa League knockout rounds by seeing off Standard Liege at Ibrox.

Steven Gerrard’s side prevailed 2-0 when these teams met in Belgium on Matchday 1, thanks to James Tavernier’s 19th-minute penalty and Kemar Roofe’s spectacular late strike.

We’re snapping up 23/20 for the Glasgow giants to lead at half-time and full-time again for our first Rangers vs Standard Liege prediction.

A Look At Rangers’ Betting Odds

Rangers followed up that opening Group D victory with a 1-0 triumph over Lech Poznan at this venue.

Gerrard will now be keen to regain that defensive resilience after a couple of entertaining, but ultimately frustrating draws with Benfica.

The Light Blues let slip a 3-1 lead versus 10 men in Portugal and surrendered a 2-0 advantage on home turf.

After last week’s contest, Gerrard said: “We would certainly have taken this position we are in now when the group started.

“Of course, at 2-0 up we are slightly disappointed that we didn’t get the qualification done, but we are playing against top players and a top team.

“Benfica found some weaknesses in our performance towards the end of the game when we tired and we paid for it.

“But I will certainly go away and take the positives from the two games against Benfica.

“For where we are as a team, for us to compete against Benfica over two games is a big positive for me.”

This is a chance to finish the job off with a game to spare and Rangers should hopefully find Standard easier to contain.

Gerrard rested a number of regular starters for Sunday’s 4-0 League Cup win at Falkirk, so tiredness may not be such a factor late on, either.

Looking at the Rangers vs Standard Liege odds, there is plenty of appeal in 8/5 for a home win to nil.

Standard kept their slim hopes of advancing alive when edging out Lech Poznan in dramatic fashion a week ago.

Liege had Obbi Oulare sent off before falling behind on the hour mark, but levelled through Abdoul Fessal Tapsoba.

Poznan then had a player dismissed themselves before Konstantinos Laifis snatched a last-gasp decider for a 2-1 home victory.

However, Philippe Montanier’s men still have a mountain to climb, having lost their first three pool fixtures.

Following the home defeat against Rangers, Standard went down 3-0 away to Benfica and 3-1 in Poznan.

Their domestic form is also only moderate, with three straight draws leaving them fifth in the Jupiler League.

Let’s finish off our Rangers vs Standard Liege betting tips by taking 7/1 for a smooth 2-0 home success.

Arsenal vs Rapid Vienna: Gunners can boost morale
Zorya vs Leicester: Foxes are worth sticking with
Author