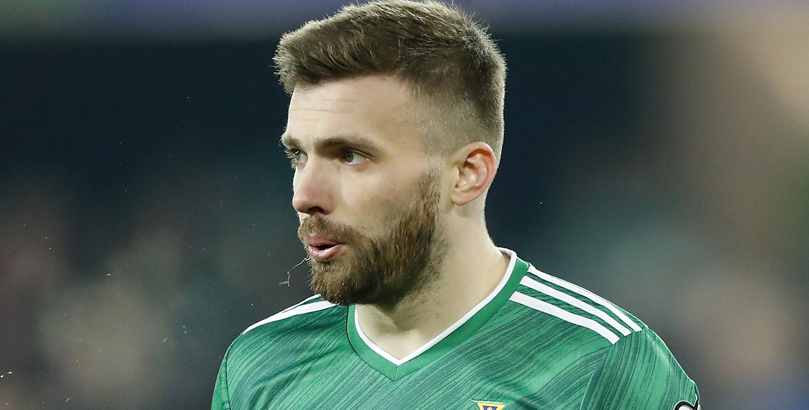 Northern Ireland have twice been courageous in defeat during the current international break and we’re hoping for another spirited effort versus Romania.

The visitors like to play football and have been involved in some entertaining encounters themselves over the last couple of months.

So, we like the look of 19/20 for both teams to score as our first Northern Ireland vs Romania prediction.

Northern Ireland saw their hopes of reaching Euro 2020 ended with Thursday’s 2-1 extra-time loss to Slovakia in the play-off finals.

On Sunday, Josh Magennis gave them a 75th-minute lead in Austria, only for two late goals from the hosts to leave the green and white army rock-bottom of Nations League Group B1.

However, while questions have been raised about the long-term futures of some senior players, there were encouraging signs of the next generation picking up the torch in Vienna.

“There were so many positives,” Ian Baraclough said. “They expected us to be down, feeling sorry for ourselves, but far from it.”

Relegation from this pool is a bitter pill to swallow, but Leeds defender Stuart Dallas insists there will still be no sulking.

He added: “It’s important we don’t rely on anyone else and just put in a positive performance and try to get a win.

“It’s three or four months until we meet up again, so it would certainty put us into a positive mood going into the World Cup campaign.”

Looking at the Northern Ireland vs Romania odds, we reckon 5/4 for over 2.5 goals in the game is another value option.

A Look At Romania’s Betting Odds

Romania had the weekend off after Norway were prevented from travelling due to a positive coronavirus test within the camp.

Last Wednesday, the Tricolours enjoyed a 5-3 friendly win over Belarus, romping into a 5-0 lead before faltering late on.

However, there are still some interesting players available who featured in the talented Under-21s team which reached the 2019 European Championship semis.

Reading striker George Puscas, Cagliari midfielder Razvan Marin and AEK Athens defender Ionut Nedelcearu are all worth watching out for.

Punters can get 4/1 for both teams to score in the first half at Windsor Park and that is added to our Northern Ireland vs Romania betting tips.

Republic of Ireland vs Bulgaria: Kenny to finally break duck
Wales vs Finland: Cagey contest on the cards in Cardiff
Author