We’ve got four Europa Conference League predictions from Thursday’s first-leg qualifiers and will land a 25/2 accumulator if they all come in.

Breidablik warrant respect after upsetting Austria Vienna in the last round and could have a familiar face up front in former Ross County and Dundee United forward Thomas Mikkelsen. However, Aberdeen have started the season strongly, thrashing Hacken 5-1 in the first leg of last month’s tie before easing off in Sweden and putting in what Stephen Glass described as “an exceptional performance” when beating Dundee United 2-0 at Pittodrie on Sunday. Scott Brown is already proving a good influence and the Dons seem determined to make the group stage.

Jack Ross will be happy with how Hibs have started the new campaign, getting past Santa Coloma in this competition and twice coming from behind to win 3-2 at Motherwell in Sunday’s Scottish Premiership opener. Ross was also full of praise for the 1,810 fans his club took to Fir Park and a good atmosphere is assured at Easter Road. However, Rijeka beat Aberdeen twice in the Europa League a couple of years ago and were far from disgraced in a tough pool with Napoli, Real Sociedad and AZ Alkmaar last season, so this promises to be a tough test.

The Lions are used to playing at a higher level than this and reached the Europa League quarter-finals just a couple of seasons ago, knocking out Celtic before only losing to Manchester United in extra-time. Copenhagen proved a class apart from Torpedo-BelAZ Zhodino in the previous round of qualifiers, prevailing 4-1 at home and then 5-0 away. They are also unbeaten in three domestic matches this term, winning 2-0 at Odense on Sunday, so this looks a team to follow in our Europa Conference League predictions.

The purple and whites have a proud history in European football, winning the old UEFA Cup in 1983 and the Cup Winners’ Cup on a couple of occasions, as well as even beating Bayern Munich and Liverpool in UEFA Super Cup contests in the 1970s. The current team is obviously a few levels below those illustrious outfits but former Manchester City star Vincent Kompany is at the helm and Anderlecht were a very respectable third in Belgium’s Jupiler League last season. 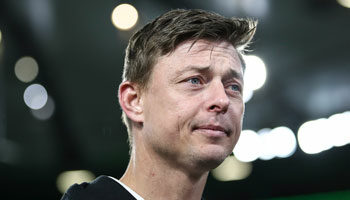