Brazil have been cut to 5/4 favourites in bwin’s Copa America winner odds after stepping in to stage this summer’s event at short notice.

Original co-hosts Argentina had to be dropped due to a rapid rise in coronavirus infections while Colombia were earlier removed as a result of political unrest.

“Brazil is experiencing a moment of stability, it has proven infrastructure and accumulated experience and recently to organise a competition of this magnitude.”

The move appears a strange one as Brazil’s Covid-19 death toll is second only to the United States while demonstrations have taken place against president Jair Bolsonaro’s handling of the pandemic.

All that aside, Brazil now enter the competitions as holders and firm favourites to repeat their 2019 success on home turf.

This could also be the tournament where much-vaunted Real Madrid youngster Vinicius Junior breaks through on the international stage.

The Selecao feature in Group B, with Colombia rated their toughest opponents and quoted at 13/2 for outright glory.

Los Cafeteros have been rocked by injuries to talismanic captain Radamel Falcao and Everton playmaker James Rodriguez, though.

Aguero in the mood to party

Argentina have been eased out to 9/4 in bwin’s Copa America winner odds after giving up home advantage.

La Albiceleste have been beaten finalists in four of the past six renewals and last lifted the trophy way back in 1993.

However, new Barcelona team-mates Lionel Messi and Sergio Aguero will be looking to end that drought while Angel Di Maria of PSG is another veteran keen to put the record straight.

Aguero gets the chance to celebrate a switch to Camp Nou, as well as his 33rd birthday, and should be fresh after being used sparingly by Manchester City last season.

Reflecting on his change of club, he declared: “I didn’t even hesitate. I didn’t want someone else to talk to me, just Barca.

“For me, since I was a child – and now also because Leo is here – this is the greatest team.

“As a boy, I said one day they will surely notice me and here I am.”

Aguero added: “Last year, due to my knee, I could not be at the maximum, and also after Covid, but later on I felt good and the knee is perfect.”

Argentina are the top seeds in Group B ahead of Uruguay, who have Luis Suarez fresh from his La Liga success with Atletico Madrid and are 8/1. 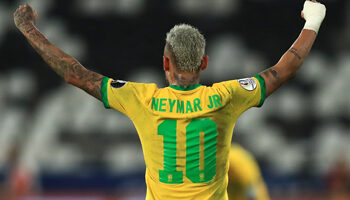