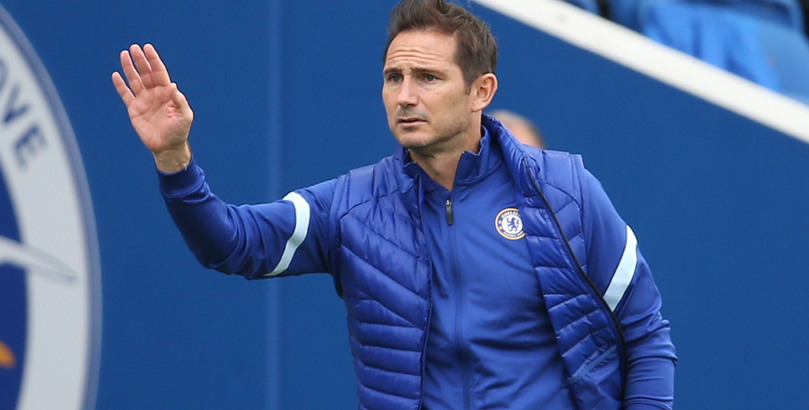 Chelsea and Sevilla are firm favourites to qualify from Champions League Group E and both sides may be satisfied with an opening draw in London.

With Rennes and Krasnodar completing this pool, these two talented teams will be hoping to pick up plenty of points from their other fixtures.

That makes 12/5 for them to share the spoils here a solid option for our first Chelsea vs Sevilla prediction.

A Look At Chelsea’s Betting Odds

Chelsea split Valencia and Ajax in a tight section last term, before being thrashed 7-1 on aggregate in the round of 16.

Third place in the Premier League earned them another crack at Europe’s elite club competition and owner Roman Abramovich spent big over the summer to strengthen a young squad.

Kai Havertz, Timo Werner and Ben Chilwell have already made a good impression, while Hakim Ziyech came on for his debut for the Blues on Saturday.

However, Frank Lampard continues to struggle to get things right in defence, with his side losing 2-0 to Liverpool and drawing 3-3 against both West Brom and Southampton on domestic duty this term.

An injury to new keeper Edouard Mendy means error-prone Kepa Arrizabalaga is still between the posts and he made another howler versus the Saints over the weekend.

Veteran centre-half Thiago Silva has also made a stuttering start to his time at Stamford Bridge, so more work is needed to make this team reliable.

Looking at the Chelsea vs Sevilla odds, we reckon 333/100 for a score draw is fair value.

A Look At Sevilla’s Betting Odds

Sevilla are back at the top table after further enhancing their excellent Europa League record by lifting that trophy for the fourth time in six years.

Wolves, Manchester United and Inter Milan were beaten in the latter stages by Los Rojiblancos, who also finished a fine fourth in La Liga.

Losing inspirational playmaker Ever Banega was a blow, but the arrival of Ivan Rakitic from Barcelona helped to fill the void.

Sevilla started this season by taking Bayern Munich to extra-time in a narrow Super Cup defeat, before claiming two La Liga victories and a rock-solid draw away to Barca.

Julen Lopetegui’s decision to rest some players for Saturday’s trip to Granada backfired with a 1-0 reversal and highlighted a lack of strength in depth.

However, his regular starters are a formidable unit, who play with great enthusiasm and energy.

Let’s finish off our Chelsea vs Sevilla betting tips by taking 25/4 for a 1-1 draw.