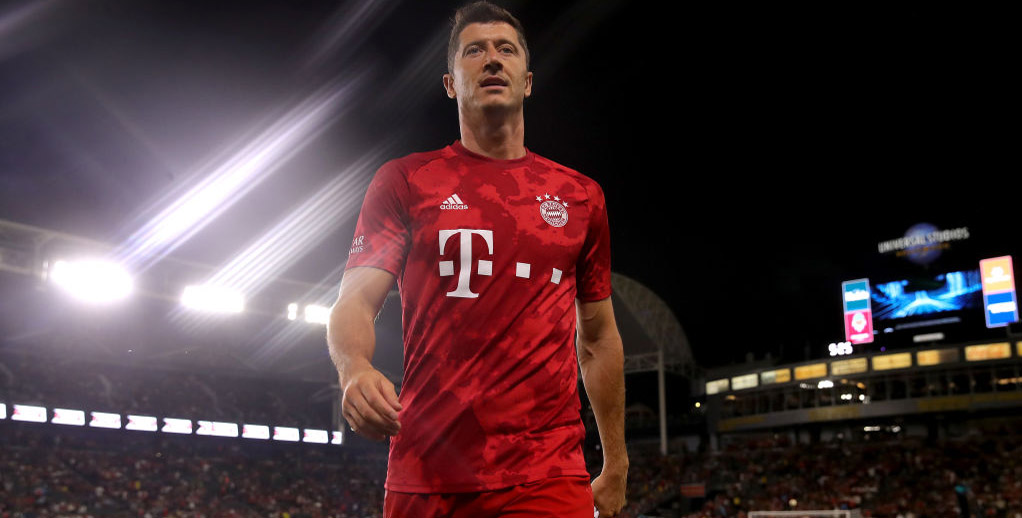 Bayern Munich have the benefit of already playing twice in the International Champions Cup and that can help them see off AC Milan in Kansas City.

The German giants lost 2-1 to Arsenal in Carson but then improved greatly from that outing when beating Real Madrid 3-1 in front of over 60,000 fans in Houston.

This is another good chance to impress and 8/5 for Niko Kovac’s sharpened-up side to lead at half-time and full-time is our initial Bayern Munich vs AC Milan prediction.

Bayern started with a strong side against Real and were rewarded with goals from Corentin Tolisso, Robert Lewandowski and Serge Gnabry.

Rodrygo grabbed a consolation strike for the Whites after Sven Ulreich was sent off with 10 minutes to go, but that was still a very enjoyable evening for FC Hollywood.

Lewandowski had previously netted in a 2-1 loss to the Gunners and could get the chance to continue his fine pre-season form here.

Looking at the Bayern Munich vs AC Milan odds, there is plenty of appeal in 5/4 for the Bundesliga champions to prevail and over 2.5 goals in the game.

Milan did pretty well in this tournament 12 months ago, drawing with Manchester United and beating Barcelona, either side of a loss to Tottenham.

However, that proved a false dawn in terms of their fortunes in Italy, with fifth place in Serie A another disappointing return.

New manager Marco Giampaolo has at least inherited a proven marksman in the form of Lewandowski’s Poland team-mate Krzysztof Piatek.

He was an instant hit at the San Siro after joining from Genoa last January and spearheads a solid squad.

Whether the Rossoneri will be quite up to speed at this point is questionable, but they do have the ability to pose a threat going forward.

Let’s finish off our Bayern Munich vs AC Milan betting tips by taking 16/5 for the German side to win 2-1, 3-1 or 4-1 in the multiple correct score market.

Who will win Love Island 2019?
Real Madrid vs Arsenal: Whites set to show true worth
Author